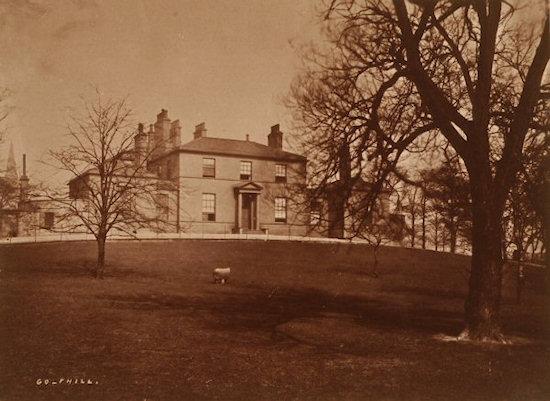 The Estate known as Golfhill (formerly Goufhill) was part of the lands of Westercraigs originally owned by Stewarts of Mynto and sold by that family to the Merchants House in 1650.

The Merchants House sold Golfhill and some other parts of Westercraigs to John Anderson, a merchant in Glasgow, in 1756.  James Dennistoun bought it in 1802 and immediately built Golfhill House.

On James Dennistoun's death in 1835 his eldest son, Alexander Dennistoun, inherited the house and estate. There are descriptions of the house by his daughter Eleanor Sellars, in a book she published called "Recollections and Impressions". She was born in 1829 and spent the first 4 years of her life in Normandy because of her father's business interests in France.